The Italian band’s new album is set to be released on January 20th. After “La Fine”, out today, the next single “Gossip” will feature the legendary guitarist of Rage Against The Machine

diBillboard IT
1 minuto per leggere
Måneskin with Tom Morello

Måneskin just announced the release date of their next single. Gossip will be out on January 13th and will feature Tom Morello, legendary guitarist of Rage Against The Machine, Audioslave, Bruce Springsteen, among others.

At the same time, Måneskin revealed the tracklist of their new album RUSH!, out on January 20th. The album will include 17 tracks and the pre-save is now available here. Physical formats are available for pre-order here. They will include vinyl (standard, white, red, picture disc), special box set, CD.

Mainly produced by Fabrizio Ferraguzzo and Max Martin, RUSH! was recorded in Los Angeles, Tokyo, and Italy. It will include the singles Supermodel, Mammamia, and The Loneliest.

«Tom Morello’s outstanding experience allowed us to work on the tracks effortlessly. We can’t express how grateful we are to him joining us for this song. It’s an honour for the whole band!», said Damiano. Victoria added: «The song was born from a riff that Thomas wrote a while ago. We kept it in the drawer for a long time and picked it up later on. Then the great Tom Morello joined us and brought that extra touch to Måneskin’s typical uptempo irreverence». 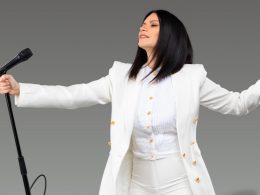 The Italian popstar will perform this summer in two splendid and iconic squares: Piazza San Marco and Plaza de España. Tickets are already available
diBillboard IT 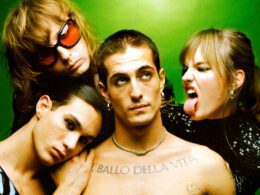 In its first week of release, the Italian band’s latest effort directly entered the top 20 of the chart. Now it is #1 in 12 countries and in the top 5 of other 16 markets
diBillboard IT 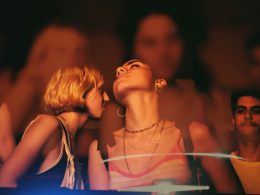 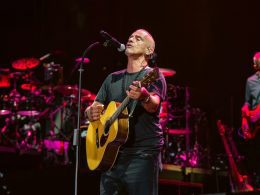 We attended the opening show of the Roman artist’s tour, who later met the press. He talked about the importance of playing music, of Ennio Morricone, of his daughter Aurora
diSilvia Danielli
Total
0
Share
0
0
0
0
0
0