The Milanese rapper is now the cover of the dedicated playlist. The streaming platform also supports him with a special mini-documentary

Spotify just announced the entry of Rhove into RADAR Global. The Milanese rapper is the first Italian artist to ever enter its global program dedicated to emerging artists. He is also the cover of the eponymous playlist. Since its start in 2020, RADAR Global contributed to launch artists in the likes of The Kid LAROI, Nathy Peluso, Boza, Griff, Quevedo, among others.

The streaming platform had already supported Rhove in the past by including him in RADAR Italia last year. The rapper quickly rose up to mainstream attention with the success of hit singles such as Shakerando (5x Platinum), La Zone feat. Shiva (certified Gold), and Cancelo (Platinum). Shakerando in particular is Spotify’s second most streamed song of the year in Italy, according to Wrapped 2022.

Besides the official playlist, Spotify will support Rhove with an array of special contents, including a mini-documentary and social media activity. The documentary was shot in Rhove’s town of birth, Rho, in the suburbs of Milan. You can watch it here.

«It’s important for me to be present in the program because it’s a great possibility to expand my message and vibe», said Rhove. «I’m honoured by the fact that my music, coming out of the suburbs, can be listened to and appreciated all over the world. The documentary expresses this feeling perfectly».

«We’re proud of Rhove’s success. It comes from a wonderful mix of talent, intuition and width of musical influences. We’re happy that he’s part of RADAR Global, also since he’s the first Italian artist to join it», said Melanie Parejo, Head of Music for Southern and Eastern Europe at Spotify.

You can listen to the official playlist here.

Rhove was born in 2001. He started making music at a very young age. His moniker is wordplay mixing his last name (Roveda) and the name of his town, Rho. The mainstream success comes with the single Blanc Orange (Nanana), initially self-released. Then come the singles Provincia, Corso Europa, Montpellier, LA ZONE feat. Shiva, Jungle, and Shakerando, the latter becoming a hit in Italy. Among many other singles, he released his debut EP, titled Provinciale, in 2022.

His music is contaminated by French influences mainly. His main inspirations are artists such as Jul, Stromae, SCH, Doria, but also Morad. Rhove loves sports, especially parkour and surfing (he often appears in his videos wearing a surf suit). 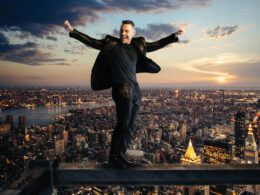 Tiziano Ferro and His Life as Voting Member of the Recording Academy: Exclusive Interview

The Italian popstar has a longstanding story with the Grammy Awards, including one that he won without noticing…
diTommaso Toma 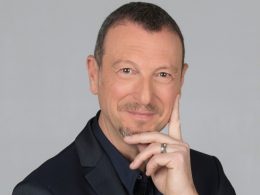 Here Are the Titles of the Songs Competing at Sanremo 2023

Six talents pass the Sanremo Giovani contest and join the 22 “Big” already announced. gIANMARIA ranked first among them
diBillboard IT 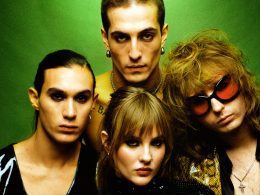 A blend of pop rock and ballads with a touch of British punk: we listened to the Italian band’s new album, out Friday
diSilvia Danielli 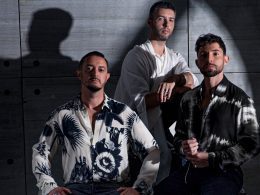 The Italian dance trio will perform at the final of The X Factor Italy. Their debut album will be released next year: we met Mattia Vitale
diTommaso Toma
Total
0
Share
0
0
0
0
0
0