Home » English » With Their Debut Album, Meduza Want to Make People Dance with a Touch of Rock, Soul, and Pop

The Italian dance trio will perform at the final of The X Factor Italy. Their debut album will be released next year: we met Mattia Vitale

The grand final of The X Factor Italy will take place in Milan on Thursday and Meduza (Mattia Vitale, Luca De Gregorio, Simone Giani) are ready to make everyone dance – both at the venue (Mediolanum Forum) and at home.

As everyone knows, Meduza and Måneskin are the forefront of the new Italian wave worldwide. If Måneskin case is quite surprising (who would have imagined an Italian rock band gaining global hype), Meduza’s success (135 Platinum or Diamond certifications around the world, over 2 billion streams, top 10 hits in the charts of 20 countries) is a proof of the appeal of the dance/electronic scene made in Italy.

Meduza have not stopped popping hits out since their very debut, the single Piece of Your Heart, for which they were nominated at the Grammy Awards 2019 for Best Dance/Electronic Recording. With their latest single released in July (Bad Memories feat. Elley Duhé & FAST BOY), they still are protagonists of a notable global tour, waiting for their debut album set to be released in 2023.

We met Meduza’s Mattia Vitale before the final of The X Factor 2022.

Are you aware of the fact that you represent Italian music abroad today? You must be proud of that.

Of course. But, you see, the “Italian way” of dance/electronic music has always been influential, and now it is more than ever. Let’s just think of our fellow producers Tale Of Us or Carola. But I think that Italy could export a lot more talent globally, not just electronic producers.

Artists should shape their music with a more international kind of perspective. Not just in sounds, but also by singing in English. Take us or Måneskin as an example. But I’m seeing artists that are kind of forced to write songs in Italian even though they have the credibility to sing in English. Trust me, I know so many young kinds of the dance scene that would kick ass internationally.

We decided to do everything in English because we grew up with ‘90s UK dance music. This choice helped us to become more effective for the international market. We can experiment with anything we want and collaborate with top global artists.

Talent shows such as The X Factor contributed to modernize the Italian charts, which used to be dominated by artists in their fourties. Nowadays we find Rkomi, Madame, sangiovanni…

Thank God. I like Madame. We need to support the generational change. There’s plenty of very talented young artists out there. When I listen to radio stations abroad, I notice that their selections include a lot of young artists and songwriters. We must have the possibility of listening to younger artists also on traditional media such as radio and TV. Then the audience will decide who they like. But the trend is what you described.

I like that touch of rock guitar on your latest single Bad Memories: is it just something ephemeral or a new direction of your productions? I know that you’re finally working on your debut album.

Thanks to my father, I’m a fan of rock music and grew up listening to bands like Deep Purple and Led Zeppelin. So why not? There might be some rock references, I’ll insist with the rest of the band. I can tell you that you’ll find some rock-oriented guitar riffs on our album. That’s also because we felt the need to meet the taste of a wider audience by mixing our sound with a touch of soul, indie, and pop.

Will the album feature Italian artists?

No, we focused on international guests. There will be big names but also lesser-known artists that we want to support.

Last April, you were guests at Harvard University, where you told your artistic career to the students of the Electronic Music Collective. How was it?

(Laughing, ed) It was weird to sit on the other side of the desk! In school I always used to sit in the last row, even though I was not such a bad student. At Harvard I noticed a lot of wonder in the students’ eyes. You know, dance/electronic music used to be a niche world and it exploded with the EDM wave.

The new generation is very curious and it was an honour to talk about our experience. We’re three guys from the suburbs of Milan who made it in the end thanks to perseverance and sacrifice, without ever losing hope. We had a lot of obstacles but also a touch of luck.

You’ve been to Qatar recently. Who are you rooting for?

As a fond supporter of Milan AC, and since Giroud is killing it, I’ll say France! But I hoped Japan would go a bit farther in the competition.

Santi Francesi Are the Winners of The X Factor Italy 2022 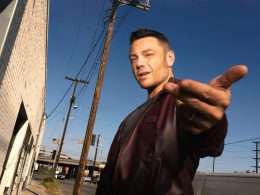 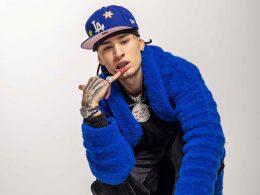 Who Is Rondodasosa, Showing All His Souls with the Album “Trenches Baby” 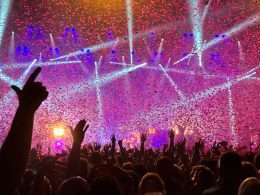