Home » MUSICA » POP » With the New Album “Il Mondo è Nostro”, Tiziano Ferro Came to Terms with His Own Demons

The songwriter’s new record, out on Friday, shows all the deep humanity of an artist that – despite everything – stays loyal to himself

«Saying that I forgave myself for everything would be too much. But as I grew older, I learned that the more time passes by, the less you care about what the others think». And if «at the beginning, I was blessed by the recklessness of my twenties», now the maturity of his fourties made him understand that absolute freedom – from any social or mental boundaries – is truly the only way to find himself and the others. In the last three years of his life, a lot of things happened to Tiziano Ferro. The most important of which, obviously, is fatherhood. The sum of all the changes of his life makes the thirteen tracks of his new album Il Mondo è Nostro, out on Friday.

«The most complex album of my life»

The album is dense, intense, complex. Maybe his most complex record ever. Not because – as he points out when we meet him on a sunny afternoon in Milan – songwriting was difficult: we are talking about a master of songwriting. But because this last effort sounds like it was written with all of Tiziano Ferro’s blood.

Ferro needed to write and produce this record by himself, except the collaborations of Caparezza, Ambra Angiolini, Roberto Vecchioni, and two “loans” from thasup and Sting. Yes, no one can save themselves all alone, but sometimes you just need to cross hell with your strength in order to get out of it stronger.

«Laying back terrorizes me, boredom could break me»

His life is wonderful now and he looks like a man at peace with himself and his demons. But some beams of that “top of the world” featured on the artwork still creak. You can hear that on L’Angelo degli Altri e di Se Stesso, where – almost out of the blue – the words “Soddisfatto, per niente / Naufrago, ancora” (“Satisfied, not at all / Still shipwrecking”) pop up.

So it comes natural to ask him what he is still missing after all his personal and professional achievements. «Well, the idea of constantly living on the edge of the ravine is innate in who does my job. If you lay back it’s over: that’s what the artwork says. My friends say: “You’re so crazy that you must have gone to such a height for real”. No, it’s Photoshop, but they’re right. I think that laying back is what terrorizes me the most. It creates a sense of boredom that could break me».

On La Prima Festa del Papà you can hear that sense of awkwardness that bothered him even on his happiest moment. «That title (“The First Father’s Day”, ed) is actually a bit of a trap, because the song doesn’t only talk about fatherhood. Father’s Day was also the day my father wished me luck. It was so powerful and weird at the same time. Almost like, without that message, I could never fully realize what was happening. It was like getting a limb back».

Besides that, there is the fear of falling down the ravine. There is the fragility of a man that does not hesitate to show his fragility. There is the modesty of thinking that you can fail but also – at the same time – the courage to risk. Also, there are the human need for other people’s presence and love, and that genuine fear of not being good enough, of being “uncool”. But then you just need to press “play” to understand that the seasons change, but – even after twenty years – Tiziano Ferro stays there firmly, just like the great ones can do. 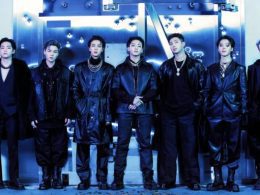 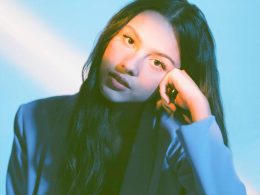